Not working? Try it here!

Based on the iconic Rubik's Cube, and inspired by tile-matching games, Rubix is an engaging puzzle game for mobile that strives for an easygoing, yet immersive gameplay that will keep you HOOKED!

The goal of the game: match each cube with its platform. Sounds easy, right? Here's the catch: you can only switch the color of 3 neighboring cubes at a time. Might sound like a trivial problem, but you'd be amazed!

In the summer of 2017, Rubix started out as a totally different project. Initially formed by a group of game dev newbies from Mexico City, our aspirations were big and broad: we wanted to create the next big thing for the mobile gaming community. But by the time universities resumed, our ambitions faced reality: we had set sail on a big endeavor and we couldn't do this by ourselves. Luckily around this time, a German company named BusyBytes took interest in our project and decided to support us with its development.

Once we got some people to play our initial versions, we faced a bigger problem: our original gameplay mechanic was too hard to play and our testers didn't understand it. One by one quit, and from the original group of developers, only one remained: the visual artist, Santiago Degetau.

He took over the task, learned to code, and after many mistakes, proofs of concept, design iterations, and tons of help from BusyBytes, the game was completed.

From a summer amateur project, Rubix turned into a world-class mobile experience for iOS and Android. On May, 2020, Rubix was released on the App Store & Play Store. 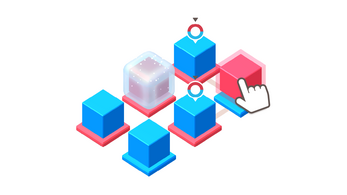 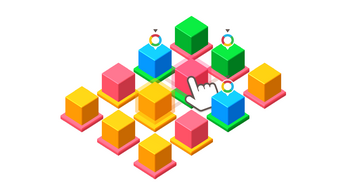 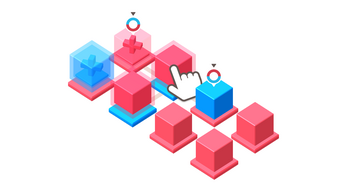